Easy homemade Chinese egg drop soup literally takes under 15 minutes from start to finish. Better than take-out made at home easy and fast. This is by far the fastest soup you’ll ever make.

Egg drop soup is also called egg flower soup.  This easy egg drop soup is great to warm yourself on cold winter nights. It’s one of the most preferred soup when you’re fighting cold or flu. It’s light, with simple flavors and an ultimate comfort food.

Chinese egg drop soup is broth based soup with main ingredients being chicken broth, corn starch and eggs with green onions, soy sauce. A simple but great tasting soup when you’re feeling under the weather. This soup is sure to give you warmth, nourishment and comfort.

You could serve it as start of the meal any day or make it light dinner on any week night.

Made at home always means it TASTY and HEALTHY. Notice the soup , it’s not yellow like the ones you get at restaurants. That’s because restaurants mostly add yellow color to egg drop soup. Though there are some restaurants who add creamed corn to give that vibrant yellow color, but not too many restaurants do that.

Homemade egg drop soup has no added colors and you opt for low-sodium chicken stock and soy sauce to make the soup thus keeping health factor in mind.

To make the best egg drop soup you want to get silky egg ribbons. A little trick will ensure your egg ribbons are silky. Read on the post to find out more.

Texture and taste of this Chinese egg drop soup recipe make it so addictive and most favorite in many Chinese restaurants.

Today I’m presenting the simplest and straight forward egg drop soup recipe without corn in it. This soup is so easy to make and so easy to adapt to your taste.  You can include creamed corn to the soup and make it richer, heavy and filling. Cooked and shredded chicken in the soup is another variation.

What Is Egg Drop Soup

Egg drop soup is a Chinese soup of wispy beaten eggs poured slowly into boiled chicken broth which is thickened with corn starch. The thickness in the soup helps it create a beautiful silky egg ribbons when poured in slow thin stream. You don’t want to have eggs cooking and falling into the boiled broth as tiny bits. Thickness in the boiled broth (due to adding corn starch) help prevent the egg from dissipating into tiny bits. Creating signature egg ribbons in the broth is the key to a good egg drop soup.

Chicken broth – for best results use low-sodium homemade chicken broth. Beef broth can be used too if like.

Eggs –2 eggs and 2 egg whites is recommended. Whisk eggs well with a teaspoon of water. Reduce stove to low so the broth comes to gentle boil, slowly pour beaten eggs in thin stream and swirl the soup constantly towards the same direction.

Corn Starch – viscosity of the soup is from corn starch. To boiled broth add corn-starch water slurry to thicken the broth.

Green Onions – green onions give extra flavor and texture to the soup. It is boiled with the broth to make broth more flavor some.

Tofu – Optional , but can be added to make it more nutritious.

Toasted Sesame Oil –Optional, Drizzle few drops of sesame oil in the broth before boiling and as garnish just before serving.

No, It’s not gluten free as soy sauce is usually brewed with wheat. Some of the other ingredients that gets added to the soup in most restaurants like oyster sauce, hoisin sauce, mock meat and egg noodles all contain gluten.

If you can get your hands on gluten-free soy sauce and make egg drop soup at home, you could make this delicious soup gluten free.

Looking at the nutritional table, where 1 cup of soup is lesser than 100 calories, this egg drop soup is somewhere healthy.

It has 3 total fat, 81 cholesterol. What needs to be noted is the sodium levels in egg drop soup. Since its basically a broth based soup, sodium levels are bound to go high. A little effort to make low sodium homemade broth, and use low sodium soy sauce to keep the sodium levels under control. You have total control of salt to add to the broth when you make it at home.

1 cup of egg drop soup around 1172 milligrams of sodium which is still lesser than the daily intake limit which ranges from 1500 to 2300 milligrams.

How To Make Egg Drop Soup

Add the corn starch water slurry to thicken the broth and constantly stir to help prevent any lump formations.

Then reduce flame to low so the broth comes to gentle boil, slowly pour beaten eggs in thin stream and swirl the soup constantly towards the same direction. You’ll see beautiful silky egg ribbons being formed.

Pro-Tip : The size and shape of egg flower varies from one soup to another. It largely depends on how slowly beaten eggs is added to the soup, how you swirl the soup and also the viscosity of the soup.

Can You Freeze Egg Drop Soup

No, egg drop soup don’t reheat well. Usually soups which has diary products like cream, or the ones with seafood,  soups thickened with corn starch, or the ones that has eggs when frozen develop a strange flavors that will turn you off. When thawed and reheated, turns thin and separate when reheated.

We recommend to make this egg drop soup just before serving and serve immediately. We don’t recommend storing in fridge also.

Keep it simple like what we did or add ingredients to make it the way you’d like it. This egg drop soup recipe is so simple it’s too easy to adapt it to your taste and completely flexible as well.

Add cooked and shredded chicken to make it protein rich.

Are you vegetarian? Then add small cubes of tofu to the soup.

Load it up with vegetables. Sliced zucchini, sliced carrots, V shaped celery, shiitake mushrooms are great choice of vegetables that can be added to this egg drop soup.

Chicken or egg noodles are amazing to be added to the soup along with veggies.

DON’T FORGET TO CHECK OUT OUR OTHER FAVORITE SOUP RECIPES. THEY ARE TOO GOOD TO BE MISSED –

Don’t forget to Subscribe to CurryTrail  Recipes below to get our newest recipes delivered straight to your inbox.

Click play to watch video or you can scroll down to recipe card if you want written recipe.

“PIN IT” TO YOUR SOUP BOARD

I'm Jyothi. This is my creative space where I share my stories on my culinary adventures. You will find a variety of recipes from across the world. Read more... 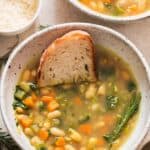 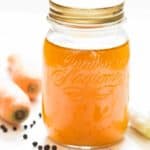 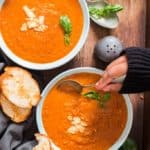 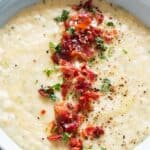 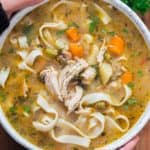 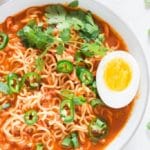 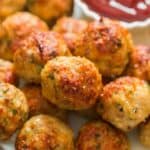 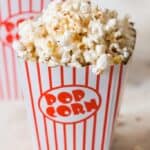 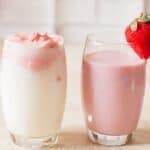 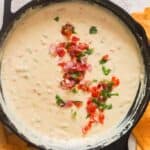