Ambur chicken biryani is a specialty of nawabs of arcot who first cooked and made this biryani recipe most popular in southern parts of India, Ambur in Tamil Nadu. What’s special about this biryani is that is is cooked on wood fires and a special variety of short grain  rice called seeraga samba rice (jeera samba rice) is used. 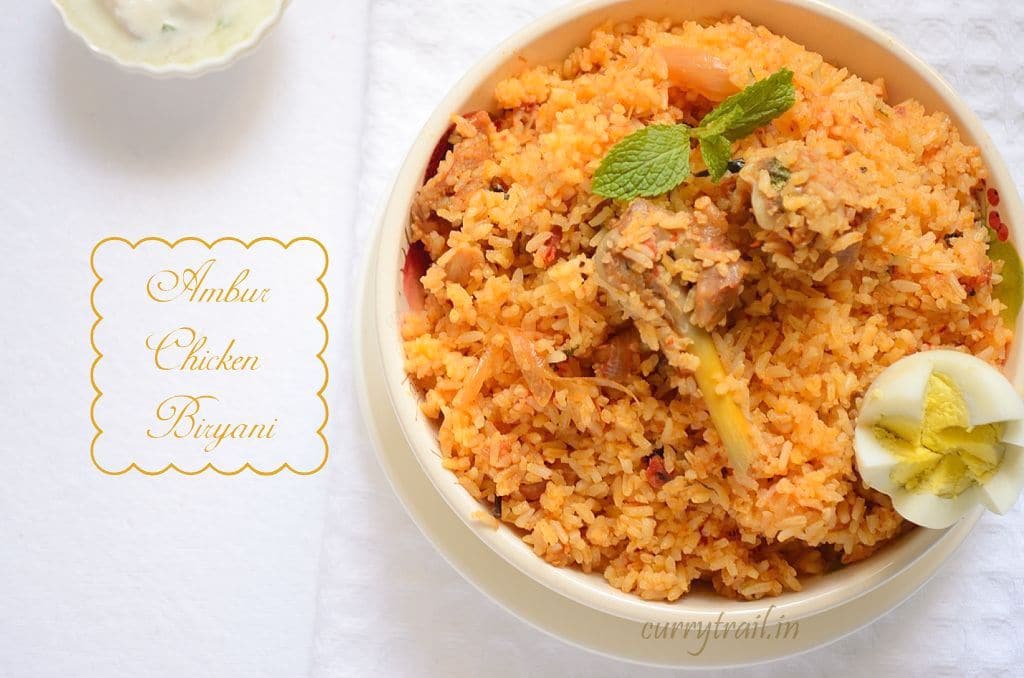 There are different methods of preparing biryani. If we talk about South Indian chicken biryani recipe types then there are – the most popular Hyderabadi style, Bombay style, Donne Biryani(Karnataka style), arcot biryani that’s Ambur special, thalapakattu biryani from Dindigul region and so many more. The taste of biryani differs according to the type of biryani and it’s preparation. Ambur Biryani is one of the famous biriyani recipes of South India which emerged during the Nawab of Arcot’s regime. Prepared mainly with Jeeraga Samba rice, both chicken and Mutton are used for this. Ambur Biryani is usually served with Brinjal curry (Khattay Baigan) and Cucumber Raitha, which makes your feast a delightful one. 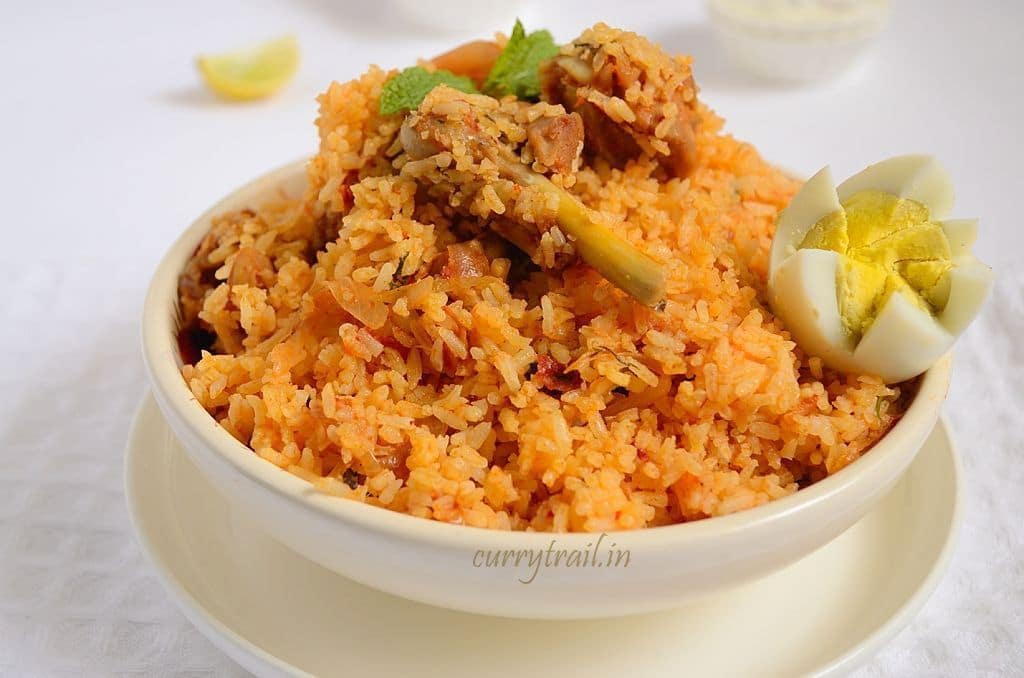 This is Ambur Star Biryani recipe. I got a chance to taste this special yummy biryani 3 year back when we drove from Bangalore to Tamil Nadu. At that point I didn’t know that Star biryani is famous in Ambur and in rest of TN. When we came back to Bangalore I was surprised to see that Ambur Star Biryani had opened it’s first out let in Bangalore on the same day. How co-incidental :). I have always been thinking of preparing this Ambur star biryani recipe but  didn’t know the exact recipe, then while I was on internet searching for some thing else, I accidentally landed on this video posted by Kairali Tv on youtube on Ambur Star Biryani, and it was prepared by the master as they call(chef) of Ambur Star Biryani showing the authentic preparation. I was super excited and I decided to give it a try on Sunday. The biryani ingredients are easily available, I bet you already have them in your pantry. 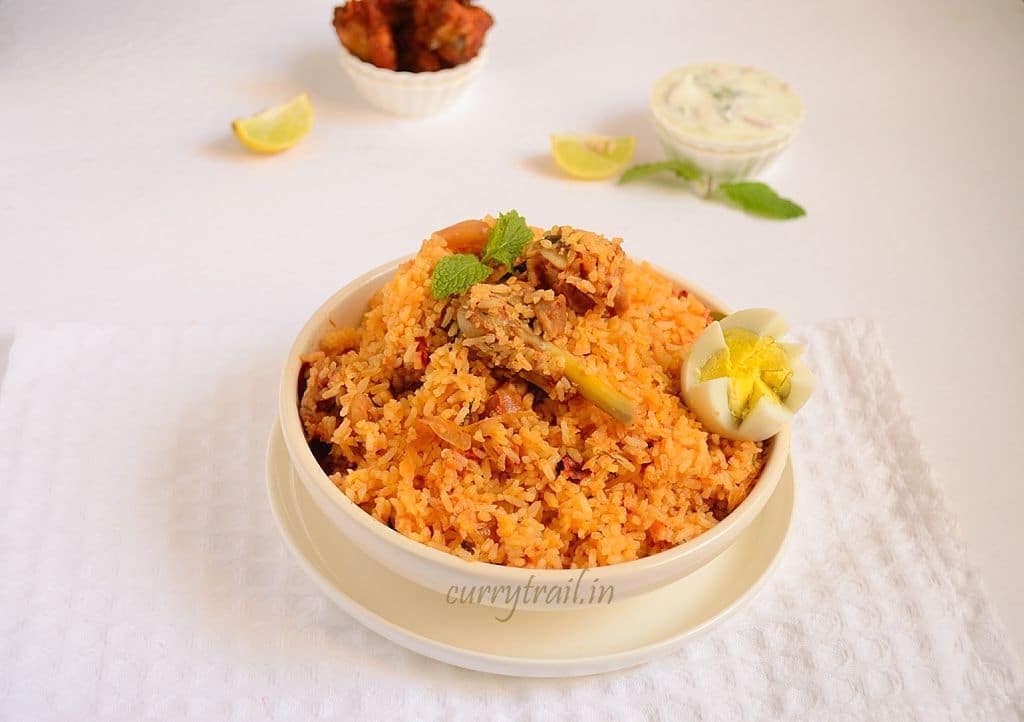 Ambur chicken biryani is never made using basmati rice. If you want authentic Ambur biryani then use only jeera samba rice, the short grain rice. The rice itself makes a huge difference. It’s got a unique and delicious aroma and flavor to it. Texture of the biryani is so different when you interchange jeera samba rice with basmati rice.

Ambur biryani recipe uses dry red chili paste along with the whole spices that goes into making biryani like cloves, cardamom, cinnamon. The spice factor in this biryani is from the red chilies which are soaked in water and then ground. Using fresh ground red chili paste is very important. We do not want to compromise on either flavor or taste, right!

Can I use Mutton instead of chicken to make Ambur mutton Biryani?

Yes. Of course you can. But cooking mutton in dum method and making sure it’s fully cooked is very tricky. But you can do it. Follow this recipe as it is, just add one extra step in the beginning. Cook mutton pieces along with few sliced onions, ginger-garlic paste, salt and turmeric powder in pressure cooker for 2 to 3 whistles (or until mutton is ¾ cooked). Then add the cooked mutton in place of chicken in the recipe. 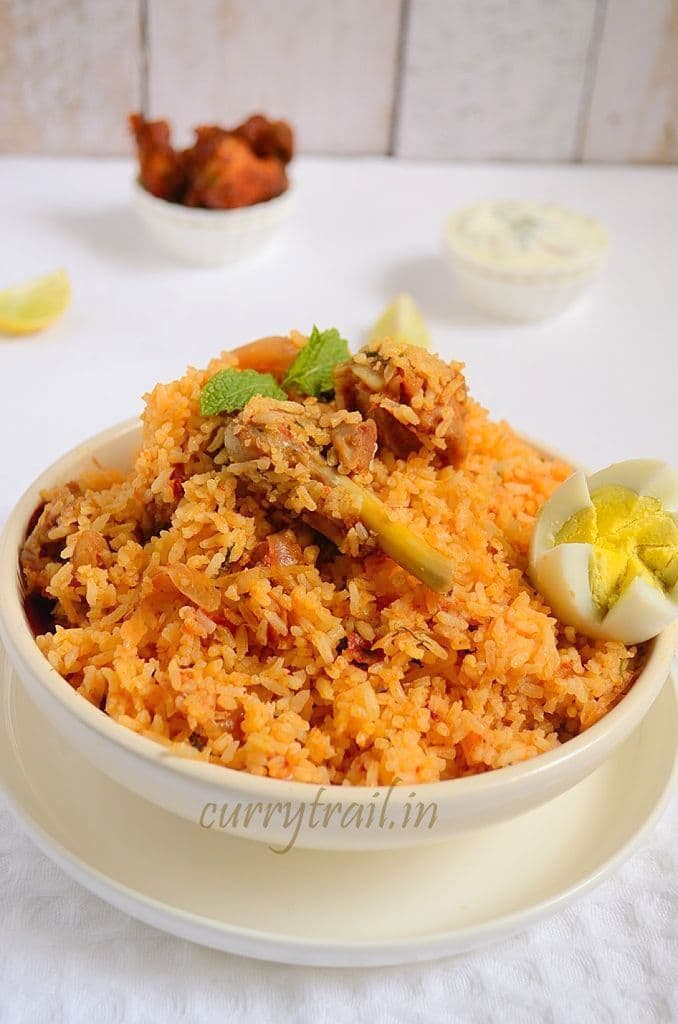 Our other most popular biryani recipes 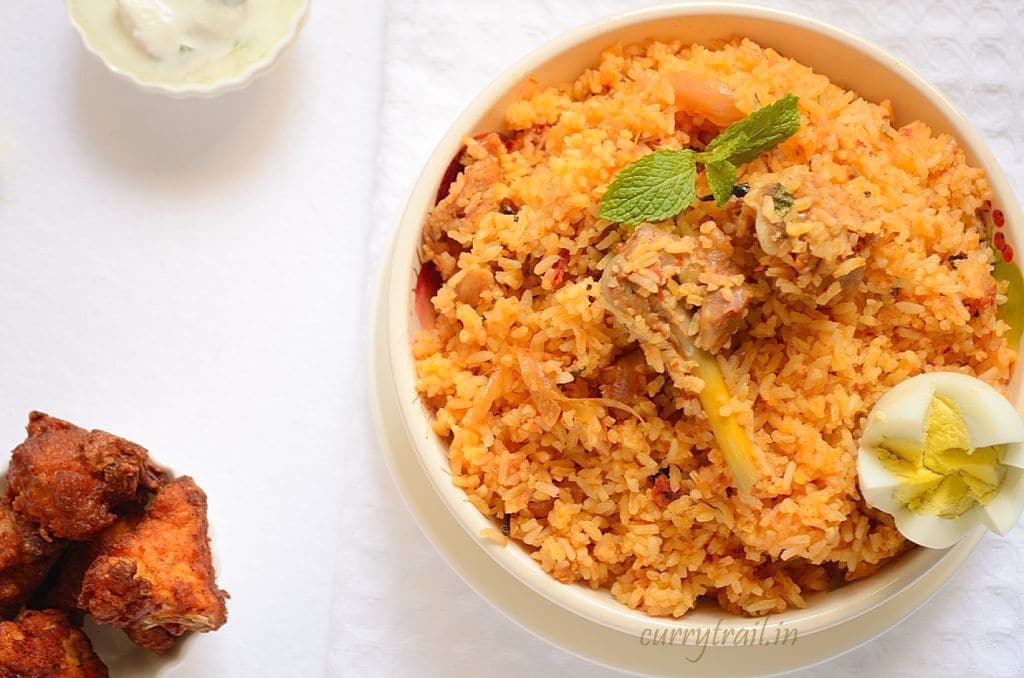 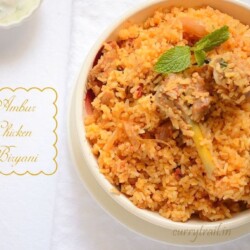 Did you make this recipe?Follow @CurryTrail and tag #CurryTrail to share your creation!